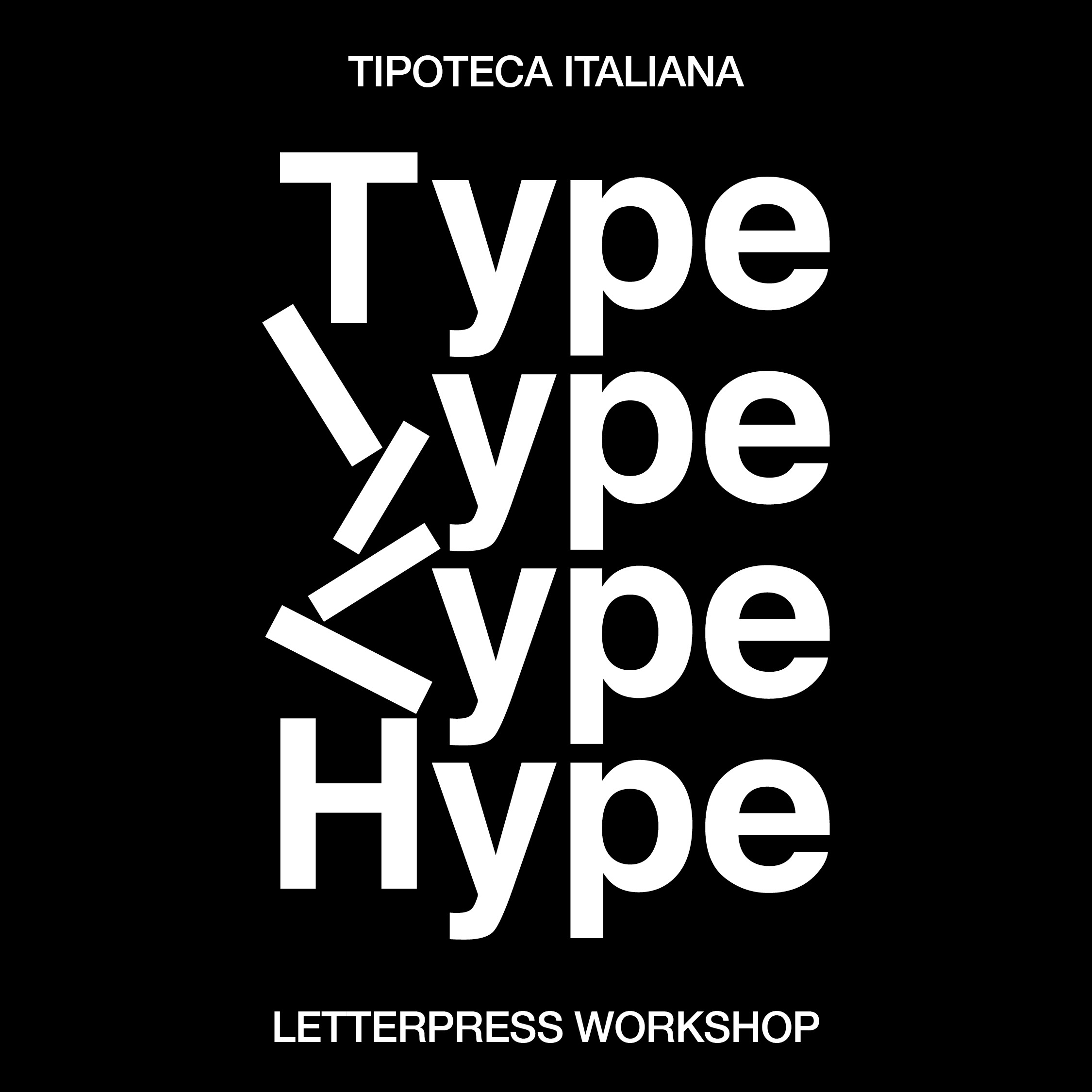 Five immersive, hands-on days exploring the technical potentialities of letterpress, from its most traditional uses to understanding its unexpected relevance in the digital era.

Designed and curated by Veronica Alba, Tania Cimatti and Dario Pianesi with the valuable support of Tipoteca.

The workshop is suitable for both beginners and those who have already experienced working with letterpress and similar printmaking methods. Each of the five days of the workshop is dedicated to a specific topic or technique, beginning with a brief introduction and discussion, followed by practical production.

Amongst the techniques included are typographical letterpress setting and printing, collage and image-making through printed shapes, expressive typography, bookbinding.

Each participant will produce a body of work, which will lead to a curated final outcome. Price includes the use of the facilities of Tipoteca for the days of the workshops and materials.

Accommodation and meals are not included.

Applications are open until August 16th.
Places are limited; to secure a place contact workshop@tipoteca.it.
The amount will need to be paid in advance; in case of cancellation of the workshop, the amount will be refunded fully.

Veronica Alba graduated from the London College of Communication (UAL) in graphic design. During her time in London, she had the opportunity to approach the knowledge and practice of letterpress printing.
After graduating, she moves to Switzerland and meets Dafi Kühne, attending his intensive workshop. She collaborates with Officina Helvetica in Biel/Bienne taking care of the workshop and developing various personal projects. She was assistant to the students of the “Ecole d’Arts Visuelles Bern et Bienne”, following the design and printing of their works.
She works in Milan as a graphic designer and her interests include teaching and training in the field of communication and printing.

Tania Cimatti is a multidisciplinary illustrator who has been residing and working in Athens since 2018.
After graduating from the “Venturi” Art Institute in Modena, she moved to the UK for study, first at Norwich University for the Arts, then at Glasgow School of Art. During this period, Tania explored in depth the techniques of fine art printing, from engraving to screen printing, wood engraving, and experimentation with monotypes and mixed media. She did an artist residency at the International School of Graphics in Venice, and then moved to the Robert Blackburn Printmaking Workshop in New York, assisting in the activities of printmakers and carrying out personal projects.

Dario Pianesi, after graduation in industrial design at the IUAV in Treviso, moved to Glasgow to continue his studies in communication design. At the Glasgow School of Art he got in touch with different printing techniques including letterpress, screen printing and monoprinting and developed projects in the typographic and editorial field. After the master, he worked in London as a graphic and exhibition designer at Nissen Richard Studio. In 2020 Dario worked for a year in Switzerland, in Biel/Bienne. During that time, he collaborated with Automatico Studio and deepened his knowledge in letterpress, developing personal projects and collaborations with Demian Conrad and Veronica Alba at Officina Helvetica. Since 2021 he has been living in Milan, working as an independent graphic designer, developing projects in the field of visual identity, publishing and exhibition design.